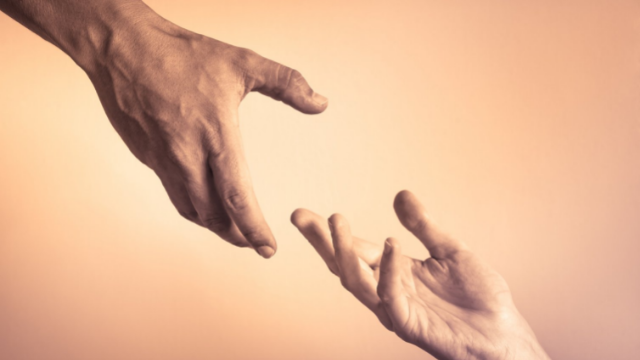 From the mid-1800s through the end of that century, the US experienced urbanization it wasn’t prepared to handle. Men traded in dust-filled barns for grease-filled factories. Conditions in the cities and workplaces were grimy at best, and the folks living there found themselves poor and dirty. Men frequently worked seven days a week to have anything left over. It wasn’t until 1914 that Henry Ford’s second in command suggested that they pay $5.00 a day. Very little good could be said of urban life at the turn of the 20th century.

The religious world saw these conditions and felt compelled to do something. Charles Sheldon wrote, “What would Jesus Do?” in 1890, and many answered with social change. William Stead followed this in 1894 with his book titled, “If Christ came to Chicago!” where he called all denominations to “redeem the nation from the sins of wealth and moral vice.” He argued that if Jesus wouldn’t tolerate the social conditions in Chicago, then neither should his followers.

Postmillennialism and the Social Gospel

At this same time, postmillennial ideas began dominating religious eschatology. Men taught Christ would return to earth at a Golden Age, and their listeners should help speed along his return by building this world into a Christianized form of itself. Social reform became the avenue for ushering in Christ’s return, fulfilling his moral standard: love your neighbor as yourself. This movement became known as the Social Gospel, a popular teaching which continues to influence our religious world today.

The Social Gospel, at its core, taught Jesus as a social reformer. Its mission was to encourage Jesus’s ethical teaching to remedy society’s problems. Prominent religious leaders of their day taught that religion’s chief purpose was to create the highest quality of life for all citizens. One such leader lamented that “the true mission of Christ – to create a ‘cooperative commonwealth’ – had been obscured by the Hellenistic tradition of St Paul, which had turned the church toward belief in the afterlife, at the expense of reforming society.” The mind of this gospel was below, not on things above.

The tenants these leaders taught heavily influenced Martin Luther King. He understood the gospel as more than a way to redemption. It was the avenue driving societal change for the betterment of humanity.

Many of these same ideas continue to influence the “religious right” leaders and the “progressive Christian.” On one end, they seek to “Christianize America” for the betterment of society. On the other, they see it as more important, in the words of Rob Bell, to “live holistic lives in the present than get into heaven.”

The Social Gospel: What is the Mission of the Church?

Ultimately, we’re left with a question. What is the mission of the church? Are we to unite as agents of societal change through benevolence? Are we to stake our claim on an anti-abortion agenda? Are we to preach social justice strictly to better our lives here? Or is there something more to which God calls us?

Ephesians 1:22 explains that Christ received the headship over the body from God. With that headship, he established a purpose for the body’s existence. In Ephesians 4:7-16, Paul continues his conversation about the body by explaining that its main purpose is growth and maturity until the body fits the stature of Christ. He provided gifts for the church to facilitate this maturation process (verses 7-11). Those gifts laid the foundation for the kingdom (Ephesians 2:20), taught, led, and continued to teach and lead. From them came the kingdom’s mission: to equip itself to serve and use its time building one another up (verses 12-16).

Therefore, the mission of the church is pointed upward, focused on each one unifying through the image of our Savior, reflecting his beauty and shouting his praise. We take preference for each other (Romans 12:10). We teach each other truth in a way that each can easily understand (1 Corinthians 14:26). We comfort each other and point toward the finish line (1 Thessalonians 4:18). We set the standard for truth and uphold that truth in a confused world (Ephesians 4:14-15, 1 Timothy 3:15).

We also encourage one another to do good in this world (Hebrews 11:24). The Social Gospel rightly encourages these good works, but it is directionally challenged. Christ taught us to be the light of the world, allowing others to glorify God through our actions. If you want to join a group serving meals to the homeless, do it. If you want to fix up your widowed neighbor’s home, get to it. If you want to give a child in need a home, marvelous! You are his “workmanship, created in Christ Jesus for good works (Ephesians 2:10). Let’s work.

However, let’s not make social change the backbone of all the church’s endeavors, as if the church were simply a philanthropic organization. The church corporate is not intended to be the agent of social change or the avenue through which good works receive organization. The work of the church is far more eternal. And we do our Lord a disservice when we focus our collective effort too much on the physical ills of our world.

The body of Christ doesn’t exist to fix the physical problems of this world. Instead, Christ calls us to grow together in unity through the truth. So let’s use our collective body to point one another and this world toward everlasting hope through Jesus Christ.