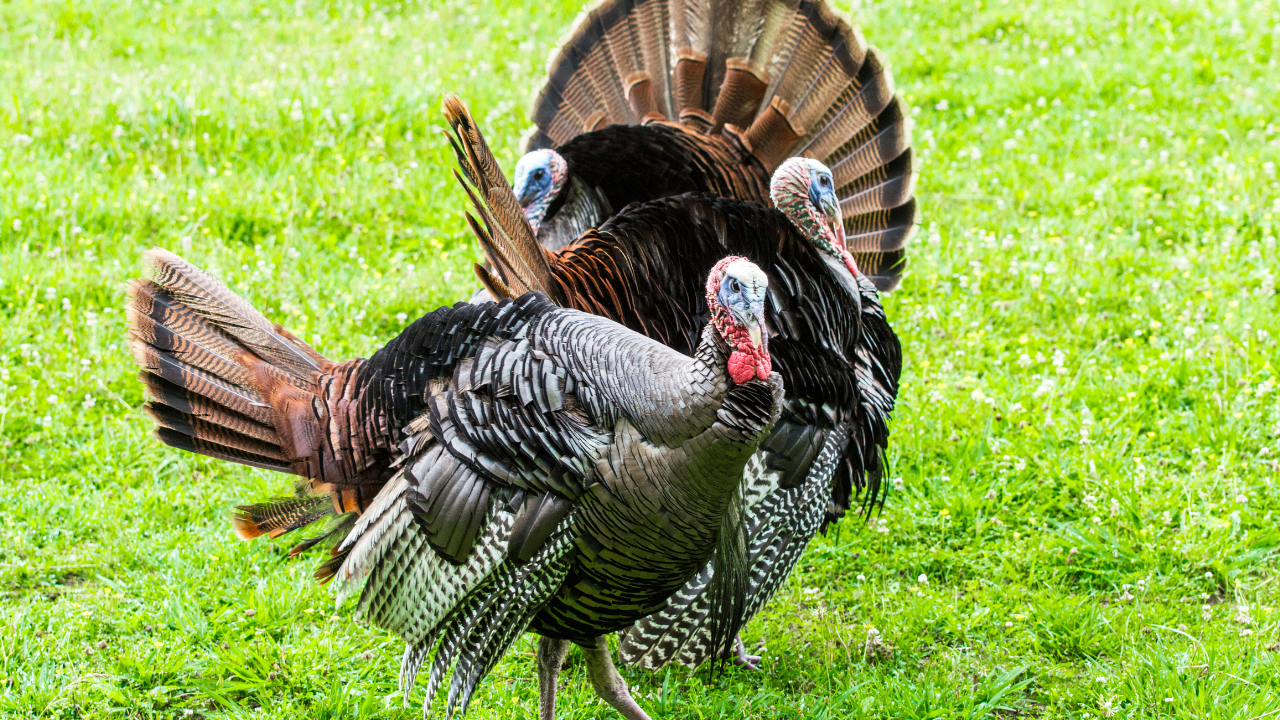 In the league, I learned that it was absolutely necessary to change your shoes to knock down some inoffensive pins with a massive ball.  I also learned that if you are somehow able to knock down all ten pins in three consecutive turns, then that is called bowling a turkey (just like three goals scored by one player in ice hockey is a hat trick).

As you are aware, the number three crops up everywhere in the Bible, more than you can shake three sticks at.

Another example of three is the witnesses that John mentions:

How many times did Satan tempt Jesus in the wilderness?  That’s right – three (see Matthew 4:1-11).

The number three also appears in terms of time.  Moses and Aaron petitioned Pharaoh, “Then they said, ‘The God of the Hebrews has met with us. Please let us go a three days’ journey into the wilderness that we may sacrifice to the Lord our God, lest he fall upon us with pestilence or with the sword’” (Exodus 5:3).

Jesus would later tell the Jews, “Destroy this temple, and in three days I will raise it up” (John 2:19).

Also appearing are three-year intervals.  Instructions were given to the Hebrews when they entered the Promised Land, “When you come into the land and plant any kind of tree for food, then you shall regard its fruit as forbidden. Three years it shall be forbidden to you; it must not be eaten” (Leviticus 19:23).

We also remember the barren fig tree from Luke:

And he told this parable: “A man had a fig tree planted in his vineyard, and he came seeking fruit on it and found none. And he said to the vinedresser, ‘Look, for three years now I have come seeking fruit on this fig tree, and I find none. Cut it down. Why should it use up the ground?’” (Luke 13:6-7).

It would seem evident from these and many other examples that the number three is special. A great many things were certainly said to have happened when the number three was utilized, be it three days, three months, or years. Is this mere coincidence?

The number three is also found as a literary pattern in the Bible. For example, Hosea lists three products of ancient Israel that were not only important to its economy but were signs of God’s blessing: grain, new wine, and oil (Hosea 2:22, Joel 1:10).

Another significance of the number three is of expectations or implications, “And though a man might prevail against one who is alone, two will withstand him—a threefold cord is not quickly broken” (Ecclesiastes 4:12).

Of course, a process has a beginning, a middle, and an end. So the number three suggests the idea of completeness, a process coming to a successful conclusion.  Sometimes three things are mentioned that point to a fourth.  The third thing alerts the reader that something special is about to happen. For example, on Mount Carmel, Elijah had the sacrifice doused with water three times to demonstrate that there was no human chance that the sacrifice could be consumed. Nevertheless, in answer to his prayer, the Lord sent the fire, which “fell and burnt up the sacrifice, the wood, the stones, and the soil, and licked up the water in the trench” (1 Kings 18:38).

Balaam beat his donkey three times after which he was reprimanded by both his donkey and an angel of the Lord (Numbers 22:21-35).

Again, in Acts 10, Peter’s vision showed the blanket being lowered three times before he went to talk to the three men looking for him.

There are many, many other examples of the number three in Scripture, but one of the most important is the one that we commemorate every Lord’s Day – the fact that Jesus died and arose again in the flesh on the third day, having been born as a man to serve as the only perfect sacrifice to pay the debt of our sins.

…and day and night they never cease to say, “Holy, holy, holy, is the Lord God Almighty, who was and is and is to come!” (Revelation 4:8).

What is the Trinity?

It’s All in the Numbers