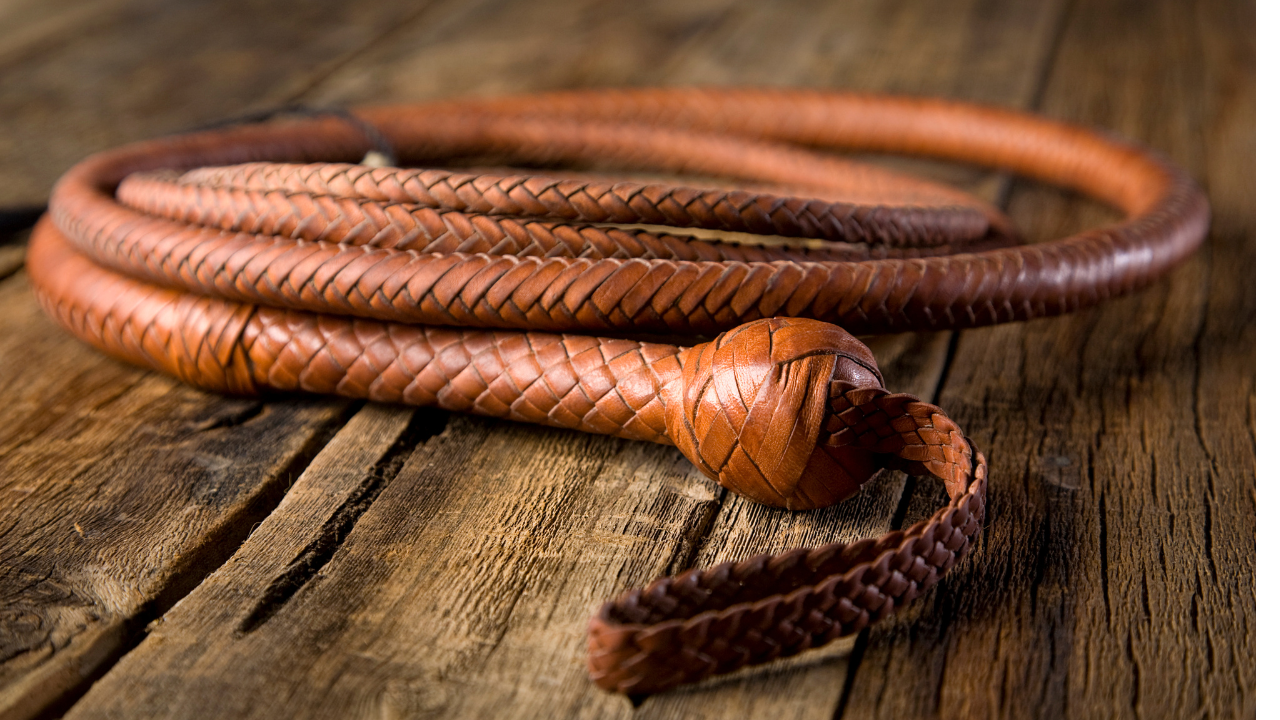 Paul recounted in 2 Corinthians 11:24 that among his labors and sufferings for the sake of Christ, he’d been beaten five times by fellow Jews with “forty lashes minus one.” That description was uniquely Jewish. Neither the Romans nor any other ancient nation had a similar limitation. God’s word in Deuteronomy 25:3 stated that a person convicted of a crime that deserved being beaten with a rod could be struck no more than forty times. Jewish tradition in the days of Paul had set the limit at thirty-nine, lest a person administering punishment accidentally exceed the prescribed limit, thus losing sight of the actual purpose of the limitation. While there is a measure of mercy in the Law, setting boundaries for appropriate punishment, the actual stated purpose of the Law prescribing “not more” than forty stripes was so that a brother, a fellow Israelite, would not “be degraded in your sight.” God knows very well that humans readily degrade one another, making it easier to justify abuse, violence, or generally take advantage of others.

Jesus in Matthew 5:21-24 went from the commandment “you shall not murder” (Exodus 20:13) to don’t be angry with your brother, to don’t insult your brother, to don’t say “you fool” to another person, lest we face judgment and the fire of hell. Jesus, consistent with God’s word in the Law, forbade degrading a brother not just physically but also verbally. Therefore, don’t hold anger against a brother and don’t demean them with degrading comments or insults. Instead, if we have an issue with a brother or know that a brother has an issue with us, we are to make it our top priority to be reconciled even before approaching God in worship. As disciples of Jesus, we should understand his teaching to forbid degrading other people who, like ourselves, are made in God’s image and worthy of God’s gift of life. Our circle of “brothers” isn’t just siblings or fellow believers, but rather as in the story of the Samaritan (Luke 10:25-37), whomever we may encounter, including foreigners, and also extending to those we might only know by reputation or report, including ruling authorities (1 Peter 2:17).

As noted above, the Jews who opposed Paul had beaten him with thirty-nine lashes five times. The thirty-nine was a Pharisaic concession to avoiding divine judgment by potentially miscounting, but had Paul deserved any of those beatings? Had they, in fact, observed the stated intention of the Law, not to degrade a brother in their own eyes? An unfortunate attribute of the Pharisaic religion was described by Jesus in Luke 18:9-14 when a Pharisee was described as loudly praying, “I thank you that I am not like other men, extortioners, unjust, adulterers, or even like this tax collector…” His words demeaning the tax collector, the very notion that “I am not like other men,” were damning in the eyes of God, as Jesus had taught in Matthew 5:21-24 and repeatedly taught in both word and deed. Jesus stated in Luke 18:14 that the tax collector who pleaded for mercy and admitted being a sinner was “justified, rather than” the Pharisee. “For everyone who exalts himself will be humbled, but the one who humbles himself will be exalted.”

Describing godly love in 1 Corinthians 13:1-7, one of the attributes Paul affirmed is that “love is not rude” (verse 5). Right away, that characteristic of genuine love excludes degrading other people, whether friends or enemies, rich or poor, obscure or famous, either by word or action. (The Greek word rendered “rude” in 1 Corinthians 13:5 happens to be the same Greek word used in the Septuagint version of Deuteronomy 25:3 for not abusing or degrading a fellow Israelite with excessive punishment.) Love does not have room for rudeness or degrading others. Remember that “love does no wrong to a neighbor” (Romans 13:10).

As human beings in the flesh, we all share an inclination to harbor and justify “anger, rage, malice, slander, and filthy language” in our thoughts, words, and deeds related to those we perceive as disagreeable or wrong or making life difficult. These attitudes and the speech accompanying them contribute to degrading other people and thus justify subordinating them, like the Pharisee, to an “other men” category that is inferior, less valuable, less important, less worthy, and thus more disposable. All of this God rejects. Whereas eliminating those attributes and practices from our lives (as in Colossians 3:5-8) and treating everyone with dignity and respect and courtesy leads to seeing the genuine worth in other human beings made in the image of God, for whom Christ died, and generally living a better, more godly, and peaceful life of service to the Lord.

Love is not rude.