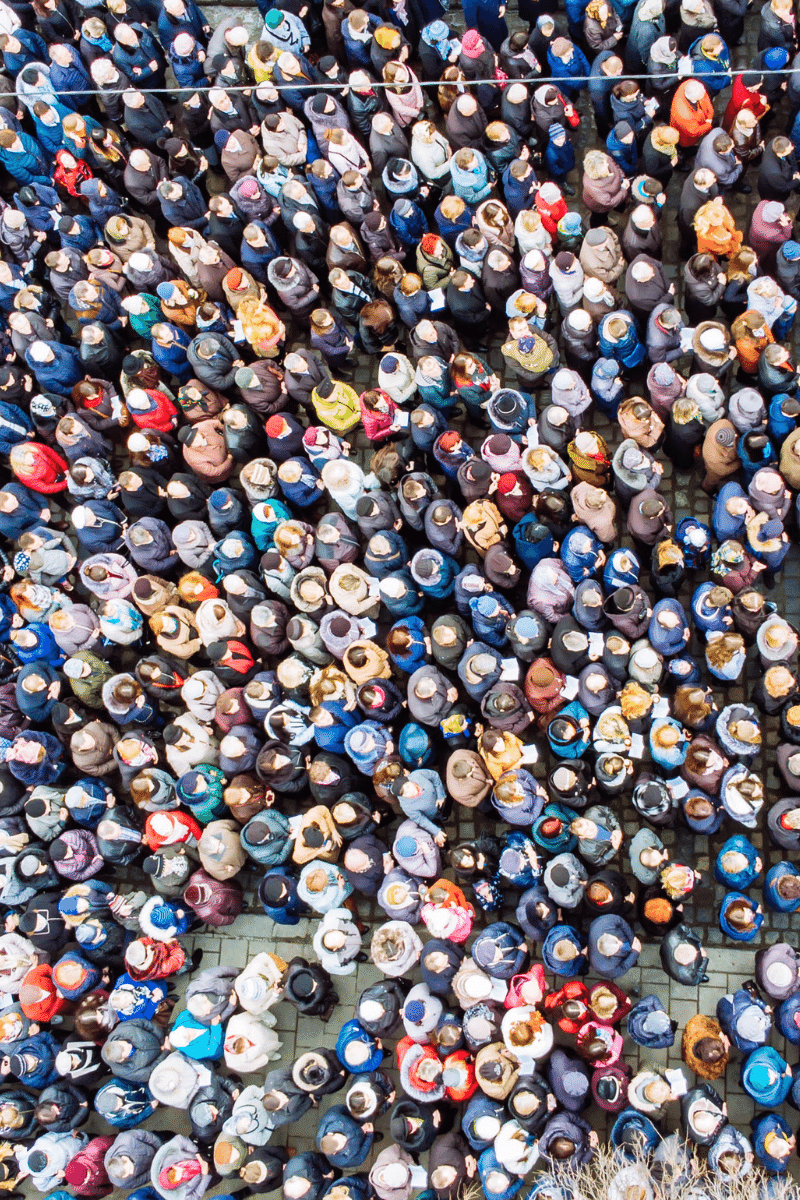 And seeing the multitudes, He went up on a mountain, and when He was seated, His disciples came to Him. Then He opened His mouth and taught them, saying, (Matthew 5:1-2).

By this time in Matthew, the word was getting around about this Man they would know as Jesus.  Multitudes were attracted to Him, for neighbors were probably speaking to neighbors, and family members were speaking to family members about this Man from Galilee.  Multitudes were flocking to him.  Why?  Probably for various reasons.  Some wanted to see a “show,” for they heard of His miracles and hoped to see some.  Some were taking loved ones with the hope of their being healed by this Man.  Some wanted to be fed, for they heard of Him feeding multitudes.  Some even wanted to try to find fault with His teachings. The Jewish leaders enlisted some to spy on Jesus for this purpose, hoping to find something they could accuse Him of.  They felt threatened by this Teacher, for they saw their power ebbing away and wanted to put a stop to it.  And yes, there were a few of the Jewish leaders such as Nicodemus and Joseph of Arimathea, who liked what they heard of and from this Man, and they wanted to hear more.

However, many, possibly most, were truly attracted to His messages and manner.  This Man spoke with authority, especially in contrast with the Jewish leaders, as noted at the close of this particular sermon in Matthew 7:29.  Jesus’ teachings were of a higher source.  His teachings reflected Truth, and the people could hear it.  His teachings gave the people true hope that their God had not forgotten them.  It is my thought the people were looking for such messages.  They had heard their leaders’ teachings, and they found them empty.  When combined with the hypocrisy and arrogance of their spiritual leaders, who seemed to lack true godliness, the people could hear and see great differences in Jesus’ words from what they had grown accustomed to in addition to His righteous life.  This Man’s words had power and true answers for their lives.  The people were ready for something much better, for Jesus had come at just the right time, as noted in Galatians 4:4.  I am convinced the people were looking for answers, and Jesus came at the right time to give them answers of spiritual substance.

It is my thought Jesus was paving the way for something glorious to come that would take place shortly. But, again, consider who Jesus was teaching in this sermon?  Perhaps a good portion of this multitude would be the first fruits of the coming gospel that would be openly proclaimed in less than three years.  How many of those original 3,000 and later 5,000 new Christians in the first chapters of Acts were in attendance here at this mountain?  How many others in Judea, where the gospel would be first preached throughout the first half of the book of Acts, were present?  I would say many, if not most of them.  And Jesus was laying the groundwork for their conversions as His new Christians, though they surely did not know this at the time.

To be sure, the vast majority, if not 100%, of those in attendance in Matthew 5-7 probably were not aware of what was coming.  They were attracted to these words for what they could gain in the short term.  Perhaps they were a bit befuddled by the complete meaning of these words and teachings at the time. However, I am convinced Jesus was laying the groundwork for the people who would later hear this new gospel.  Perhaps these lessons would be mulled around the various hearts and minds for the next three years as those who heard meditated and wondered at the power and meaning of these words.  I can certainly see many people who heard these messages come to a conclusion, later at or after their conversions, that now they made perfect sense!  It clicked!

Just consider some of the various words, phrases, and paragraphs from Matthew 5-7 that Jesus spoke. First, he begins teaching the proper attitudes of the heart, such as humility, mercy, purity, spiritual healing, and hungering for true righteousness. Next, Jesus speaks of how His people will be salt and light to the world.  He speaks of His purpose to come to the world.  He speaks of how sin begins in the heart and works its way out to the actions, and the great danger sin is.  He speaks of the importance of loving our enemies.  He teaches prayer.  He teaches on laying treasures in Heaven and the danger of allowing worry in our lives.  As a matter of fact, Jesus teaches the very opposite of many of the messages and examples of the Jewish leaders.

Note the number of times Jesus addresses those in this multitude as “you.” “You” are the salt of the earth.  “You” are the light of the world.  “You” have heard it said.  This emphasizes, I am convinced, that Jesus was specifically addressing those He knew would be His first Christians.  Many of this number would be among those in Acts 8:4 who went “everywhere preaching the word” of this new gospel AND the words of Jesus they heard here in Matthew.

Yes, Jesus was speaking from sure knowledge and total conviction.  He was speaking words the Father gave Him for this glorious purpose.  Why?  Because He knew of the great and glorious workings that were beginning in the hearts of all those who seek truth and righteousness.  These messages would change the hearts and minds of those seeking a better way.