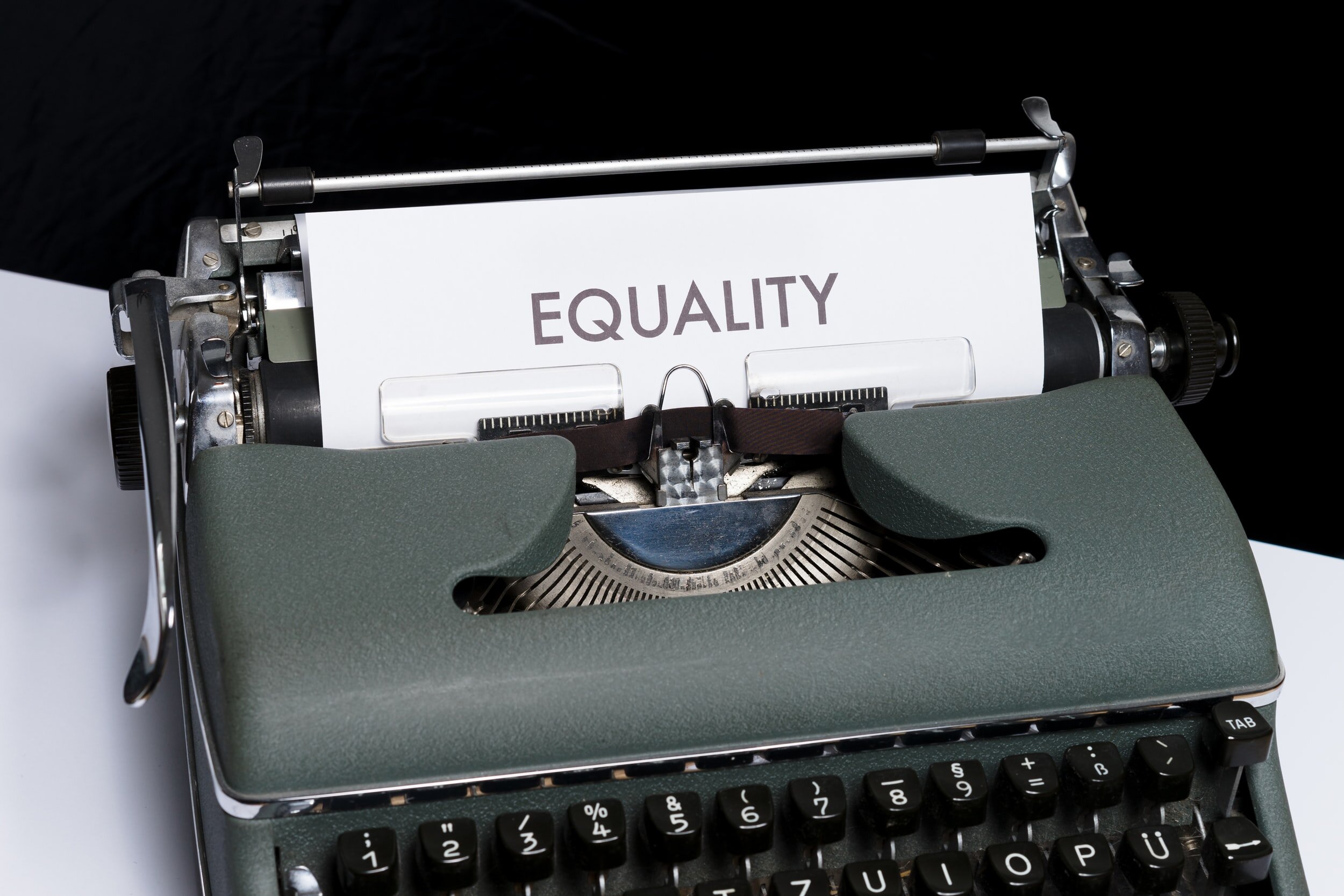 YouTube’s algorithm recently presented a post from The Ask Project, “Israelis: Do you see non-Jews as equal to you?” It was interesting to observe the various responses taken from a wide swath of Israeli culture. The spectrum ranged from the Haredi community to secular Jews. Some answers were tentative; some were immediate and clear. These also displayed a wide variety of viewpoints. The opinions went from people being completely equal with no reservations to equal but with political reservations to not equal. From an Ultra-Orthodox Jew, this latter viewpoint was in the sense of belonging to God contrasted with those who are outside of God’s chosen. After viewing this exposé, I felt like I was standing on the edge of a bottomless chasm. With so many variables, how can equality be measured in an all-encompassing absolute?

Humanity shares the reality of being both physical and spiritual.

But the natural man does not receive the things of the Spirit of God, for they are foolishness to him; nor can he know them, because they are spiritually discerned. But he who is spiritual judges all things, yet he himself is rightly judged by no one (1 Corinthians 2:14-25).

This scripture demonstrates the two parts, the natural man (the body) and the spirit. The “natural man” has to do with eating, drinking, and survival. It is doltish when it comes to matters of the spirit. Our spirit has the capacity to prize such things as truth, compassion, and love. It is that part that can consider and receive the things of the Spirit of God. Also, it enables us to have a conscience. We are spirit, and we are flesh. All people share this. Which one we live by is up to the individual. If the flesh dominates, our spirit is sullied by ignoble motives and thoughts. If the spirit prevails, we apply ourselves to righteousness. Therefore, the significant differences come from the choices we make to satisfy a carnal desire or pursue righteousness.

From the standpoint of being on earth, we are equal. We are from the same ancestor, Noah. Noah came from Adam, who was created in the image of God. We have the same potential to be received by God. We have the same requirements for life in the body: air, water, food, clothing, and shelter. We have the same needs of the spirit: to be loved and to practice love. All have the same weakness of sinning and the same responsibility to repent. Within the scope of repentance, the same capacities exist: to evaluate our behavior by the standard God has set forth, regret, and turn to God for mercy.

For God so loved the world that He gave His only begotten Son, that whoever believes in Him should not perish but have everlasting life. For God did not send His Son into the world to condemn the world, but that the world through Him might be saved (John3:16-17).

God loves us regardless of time, place, shape, or whether we are barely formed in our mother’s womb or decrepit with age, healthy and handsome, or wracked with deformity. The thing that matters to God is the disposition of our spirit. Are we using our spirit toward God? Consider this example from the book of Luke.

Then they also brought infants to Him that He might touch them; but when the disciples saw it, they rebuked them. But Jesus called them to Him and said, “Let the little children come to Me, and do not forbid them; for of such is the kingdom of God. Assuredly, I say to you, whoever does not receive the kingdom of God as a little child will by no means enter it” (Luke 18:15-17).

“As a little child,” let our spirit take hold of this. We must come to God without setting up conditions (“If you are God, then. . .” or, “I will do this for you if. . .”). This is the key to being accepted by God. He is God, and no approach is possible but unquestioning submission. It is as a baby receives what is needed without questioning the love of mother and father. The potential to be as a little child is given to us all. We can take no baggage within this mindset, such as Diotrephes, who loved to have preeminence (3 John 9-11), or Cain, who had his terms for approaching God. We are all equal, to be as a little child if that is what we want.

There are many differences in our bodies. We are not cookie-cutter cutouts. So, we make comparisons of superficial things. Before us spreads various shapes, sizes, locations, abilities, skin tones, bone structures, hair, health, etc. Thus we see, experience, and compare. But are these the true measure of who we are? Solomon had something to say about this type of comparison:

Solomon was at the pinnacle of mankind. However, he had no more power over death than the fool. There are extremes, and there is a spectrum between extremes in all facets of bodily existence. But earthly advantages and impediments are trumped by one stark reality – death.  Our bodies, with their vain talents, beauty, deformity, and decay, are temporal, subject to this equalizer, death. Conceit preens foolishly before the abyss.

“All have sinned and fall short of the glory of God” (Romans 3:23). “God…now commands all men everywhere to repent” (Acts 17:30). “For the grace of God that brings salvation has appeared to all men” (Titus 2:11). We have no exemption from these truths because of our level of wealth, health, origin, or social status. John, through the Holy Spirit, gave us the big picture:

Then I saw a great white throne and Him who sat on it, from whose face the earth and the heaven fled away. And there was found no place for them. And I saw the dead, small and great, standing before God, and books were opened. And another book was opened, which is the Book of Life. And the dead were judged according to their works, by the things which were written in the books. The sea gave up the dead who were in it, and Death and Hades delivered up the dead who were in them. And they were judged, each one according to his works. Then Death and Hades were cast into the lake of fire. This is the second death. And anyone not found written in the Book of Life was cast into the lake of fire (Revelation 20:11-15).

Social justice is not the issue. God’s justice is what really matters.

For we must all appear before the judgment seat of Christ, that each one may receive the things done in the body, according to what he has done, whether good or bad. Knowing, therefore, the terror of the Lord, we persuade men; but we are well known to God, and I also trust are well known in your consciences (2 Corinthians 5:10-11).