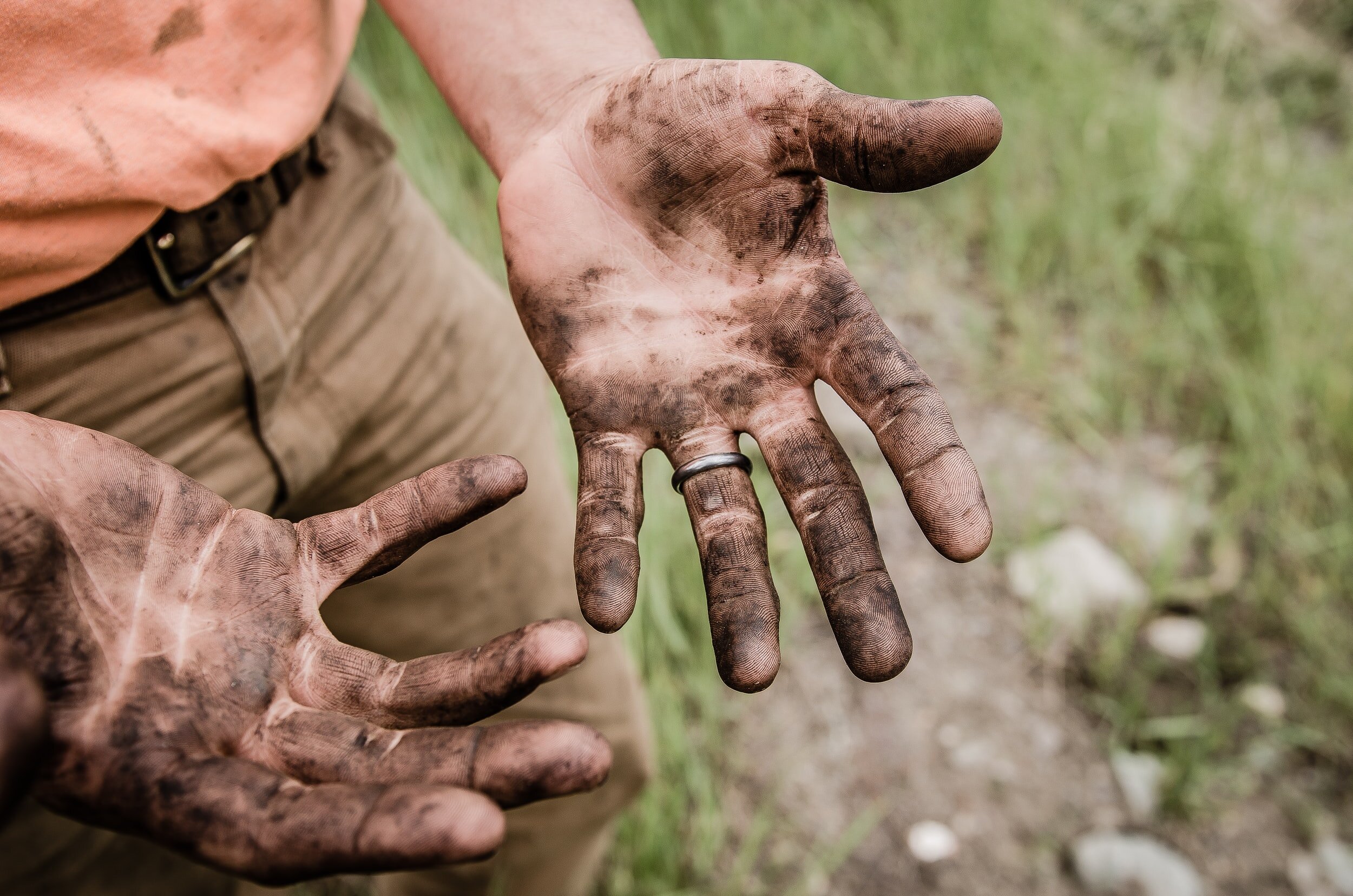 The first time we encounter sweat in the Bible is in the pronouncement of consequences for human rebellion against God in Genesis 3. Along with the consequences for the Serpent and the Woman, there were consequences for the ground and vegetation and Mankind. Genesis 3:17-19 describes the much more difficult life Adam and Eve would have outside the Garden of God, where the ground was now cursed, and adequate food would be challenging due to the abundance of thorns and thistles. Humanity was demoted from the readily available fruit of the trees in the garden to the plants of the field, which had previously been given to the beasts (1:29, 30, 3:18). While caring for the garden had been work for the Man and the Woman, it was not like the painful toil that lay ahead where “by the sweat of your face you shall eat bread” until you return to dust in death. The combination of “face” and “dust” in Genesis 3:19 takes us back to the day of man’s creation when God “formed man of the dust of the ground and breathed into his nostrils (face) the breath of life” (Genesis 2:7). Adam was created with the necessary physical equipment for perspiration, but the arduous demands of life outside the garden would be sweat-inducing labor and stress. The face that God had shaped and breathed life into was fated to sweat in order to live and then return to dust.

Several thousand years after the first Adam was sent out of the garden, the last Adam (1 Corinthians 15:45, 15:22; Romans 5:12-15) came into the world to defeat the Serpent who had deceived Eve, fulfilling the divine promise in Genesis 3:15. This Man, Jesus, went to a garden on the slope of the Mt. of Olives east of Jerusalem night after night to pray during his last week as a mortal man. John 18:1 refers to the garden where Jesus prayed, using a Greek word that is also in Ezekiel 36:35 (LXX) describing the Garden of Eden. The Olivet garden was called Gethsemane (Matthew 26:36), which means “oil press,” so probably there were olive trees there. While Jesus was there in the garden, he prayed so ardently that Luke 22:44 reports Jesus, “being in agony he prayed more earnestly; and his sweat became like great drops of blood falling down to the ground.” The medical term for sweating blood is “hematidrosis.” It’s a rare condition and not well understood. Apparently, when a person is in unbearable distress, the tiny capillaries under the skin can burst and bloody sweat oozes from the sweat glands. Usually, the condition occurs in the skin of the face, perhaps the eyes, and the nose. On rare occasions, women in particularly difficult labor for childbirth have sweated blood, as Jesus did in the garden. A few hours after Jesus sweated blood for our sake, he also was ridiculed with a crown of thorns pressed on his head (Matthew 27:29) and then crucified on a tree (Acts 5:30, a common description of the cross).

So, on the night of his betrayal, we see Jesus dealing with the sin that began in the Garden of Eden. As Man was condemned to live by the sweat of his face, we have the “last Adam” who was the “seed of the woman” predicted in Genesis 3:15, sweating blood in the garden, for our sake. Then we see him facing the thorns of the curse in a rather literal way when the soldiers mocked him before he was nailed to a tree to die because the Woman and the Man had taken the fruit of the tree that God had not given to them.

The third time sweat is mentioned in the Bible is in Ezekiel 44:18. The context is Ezekiel’s vision of the new temple presided over by the Prince, who is Jesus. Several elements of Ezekiel’s vision are like John’s vision of the New Jerusalem in Revelation 21-22. The temple builder (and city builder) here is divine, not merely human, and Jesus alluded to himself as the one who would raise up the temple in John 2:19-22 (see also 1 Corinthians 3:16, Ephesians 2:19-22). When Ezekiel heard the description of priests in the divine temple, their garments were described as “linen” and not “anything that causes sweat.” The priests in God’s new temple are to be clothed in linen so that they will not sweat in their service. This is a link back to life in the Garden of Eden, where the work of the Man and the Woman was pleasant and useful but not laborious sweat-producing drudgery. Linen had been the primary fabric for the garments of priests and Levites who served at the Tabernacle and Temple. Here Ezekiel gives us an insight into one of God’s reasons. Linen is a light, cool, breathable fabric that doesn’t cause the wearer to sweat. If we continue on in the New Testament, we repeatedly see Christians described as priests of God (see 1 Peter 2:9, Revelation 1:6, for example). What are the priests of God who serve under Christ to wear? The bride of Christ, another description of the church, the kingdom of priests, has been “granted to clothe herself with fine linen, bright and pure” and “fine linen is the righteous deeds of the saints” (Revelation 19:8).

Jesus sweated for us so that we don’t have to sweat out the consequences of sin. The “righteous deeds of the saints,” like the work of dressing and keeping of the Garden of Eden, is not arduous labor that sustains life by the sweat of our own face. Jesus has faced the curse in all its consequences so that we could be clothed in the cool, clean white linen of righteousness. No sweat for us.