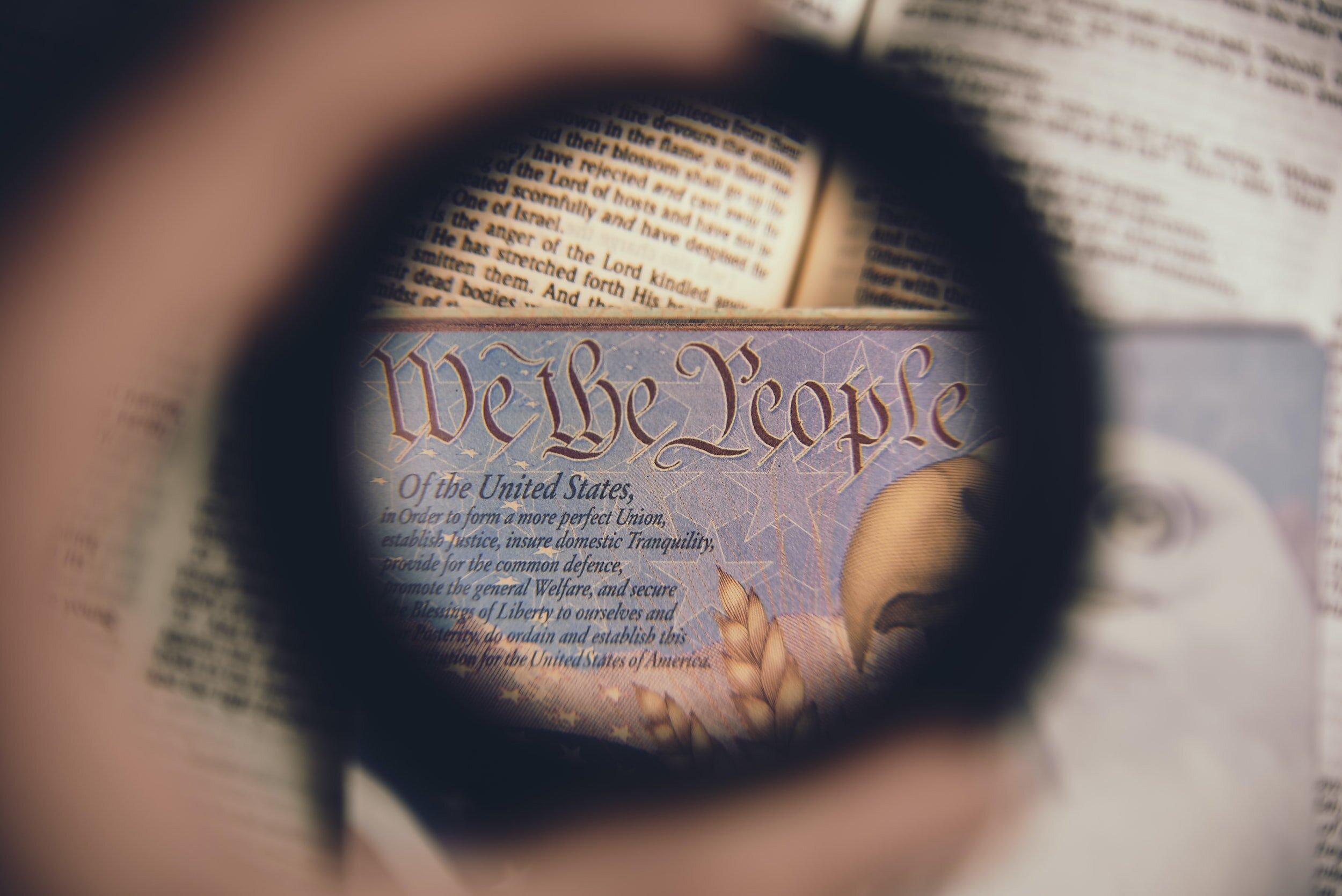 I was talking to a coworker recently who is a native of the Philippines. She has been a U.S. citizen for many years now. I was surprised when she told me that she was trying to gain dual citizenship. She informed me that when you become an American citizen, you forfeit your natural citizenship automatically. This got me to thinking about Philippians 3:20, “For our citizenship is in heaven, from which we also eagerly wait for the Savior, the Lord Jesus Christ.” How much do we value our earthly citizenship?

I personally appreciate the fact very much that I am a citizen of the USA. I appreciate the rights afforded by our Constitution and see no scriptural reason why Christians should not exercise those rights if they choose to do so just as Paul exercised the rights afforded him as a Roman citizen at times (see Acts 16:37, 22:28, and 25:11). But, which citizenship do we put the most emphasis on?  Ask the brethren in any meeting house around this country which citizenship is our primary. I am sure that they will give you the same answer as I received at my home congregation. But do my actions show which citizenship I value most? What makes me angrier? Watching my earthly homeland deteriorate and crumble or hearing people scoff and mock at the heavenly kingdom to which I belong? Do I spend more time fretting about my potential to lose rights in this country that the Constitution guaranteed than I do rejoicing for the freedom I have thanks to what Christ Jesus did for me?

We sing that “I can’t feel at home in this world anymore,” but I often do feel quite at home here. Hebrews 11:8-10 tells us that by faith, Abraham forsook his earthly homeland and lived as a stranger and pilgrim while waiting for a better heavenly city. Would I do the same? Likewise, the Jews looked for Jesus to restore the earthly kingdom of Israel when he walked the earth (see Acts 1:6). It seemed that it even took the apostles a while to grasp that God was doing something much bigger and better.

Compare and contrast our different citizenships. America is a Republic. The Kingdom of Heaven is a monarchy (1 Corinthians 15:24-26). No voting or protesting in the Kingdom of Heaven! Do we have freedom of speech in the kingdom of heaven? In Acts 4:20, the apostles could only speak the things that they had seen and heard. Balaam could only say what God put in his mouth (Numbers 22:38). Naturally, I understand that our Heavenly king is perfect. Therefore, these earthly rights that I value so much are not needed there. As one brother put it, “You can not improve on perfection.”

One other problem I have found in my own life is that sometimes I want to mix what is right according to God with what I see as best politically for this nation. Sometimes these are two separate matters. When Thomas Jefferson penned the words that declared the United States to be a sovereign nation, he stated that God is the author of life. But are all the other rights that we enjoy as Americans specifically handed down to us by the word of God?

I read a comment on the internet a while back that said, “My God-given right to bear arms.” Did that right come from God? Lest anyone misunderstand, I certainly appreciate the Second Amendment to our Constitution and hope that it remains and is upheld! Yet God gave the sword to government, not to his people (Romans 13:4). Jesus told Pilate that “My kingdom is not of this world: if my kingdom were of this world, then would my servants fight, that I should not be delivered to the Jews: but now is my kingdom not from hence” (John 18:36).

The Declaration of Independence states that among our inalienable rights from our Creator are “life, liberty, and the pursuit of happiness.” Again, I appreciate what the founders of this country did, but I have to ask: does freedom come from God? Jesus came to bring freedom from sin and death according to Romans 8:2, but He did not bring earthly political independence to the Jews from Rome. Some of the early church was made up of slaves who were told to be obedient to their masters (Colossians 3:22). I do not take this as a scriptural endorsement of slavery at all. While responsible earthly freedom is a noble idea that I support one hundred percent, what Jesus came to give us was a freedom so superior that it did not matter if you were an earthly slave or not.

We are told in Acts 4:12 that “there is none other name under heaven given among men, whereby we must be saved.” I have always believed that there is no other God who can offer salvation, but now I am also reminded that anytime I put hope in men, a political movement, my native country, or any other earthly thing, it will only lead to disappointment. If, by some miracle, every candidate elected to political office next year had a biblical worldview, would that save our nation? No. In the words of John Adams, “Our Constitution was made only for a moral and religious people. It is wholly inadequate to the government of any other.”

The only thing that will save this or any other nation is the message that God has left for us to spread: “For I am not ashamed of the gospel of Christ: for it is the power of God unto salvation to every one that believeth; to the Jew first, and also to the Greek” (Romans 1:16). While I do love this earthly nation, and it does pain me to see it decline, if the fall of this nation helps to increase and strengthen the Kingdom of Heaven, should I not rejoice for that? If the country that once prided itself on promoting freedom of speech now tries to stifle the spreading of God’s word, it will fail. We will have a scriptural reason to respectfully disobey the law if that happens, for then we can say like the apostles that “we ought to obey God rather than men” and continue to share his word (Acts 5:29). If the nation that once prided itself on promoting religious liberty begins to persecute those who faithfully follow Christ, in the words of a wise brother I admire, “Well that’s what we signed up for” (see 2 Timothy 3:12).